On Alcatraz, I had the pleasure of working 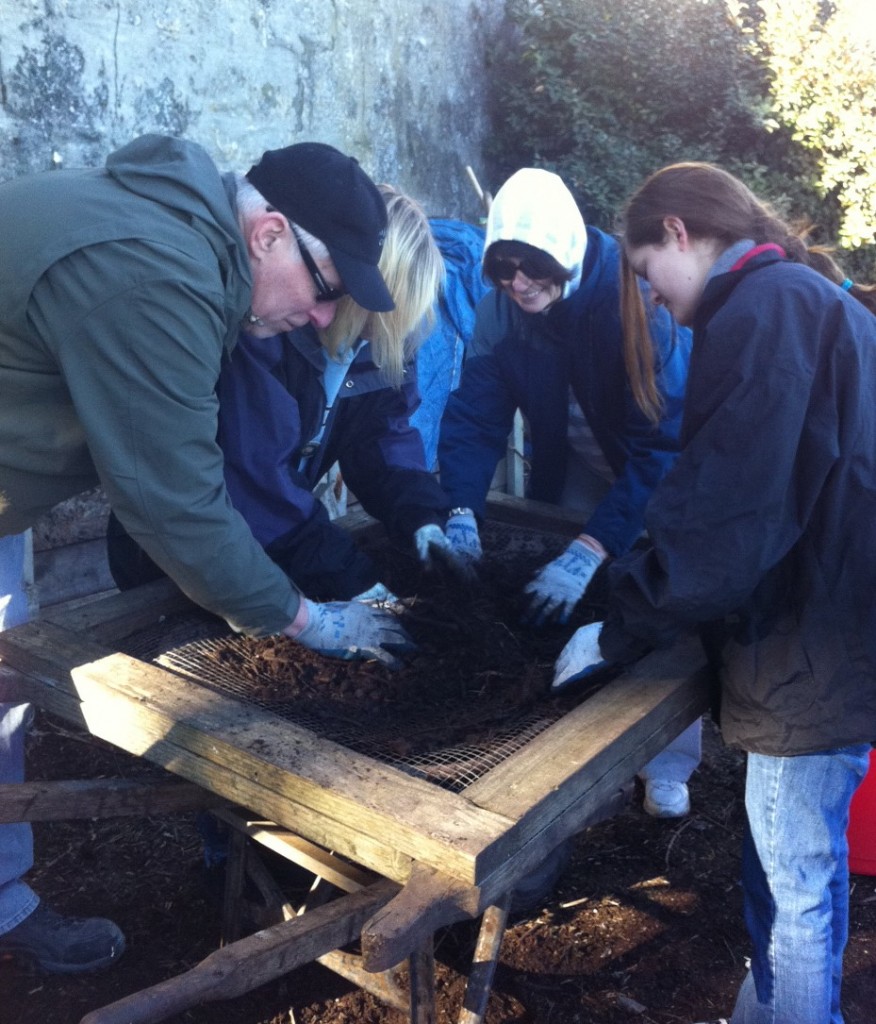 with a variety of community members. A family with two daughters learned all about composting from our own Worm Man of Alcatraz, Dick Miner.

While the other group of volunteers was made up of 10 youth from BuildOn, a non-profit that builds schools in third world countries, and four park enthusiasts, who have volunteered for the Park before. For many of the volunteers, this was their first time to Alcatraz.

Working together, the groups accomplished clearing an overgrown pathway and sifting a yard of compost that will be used in the gardens. 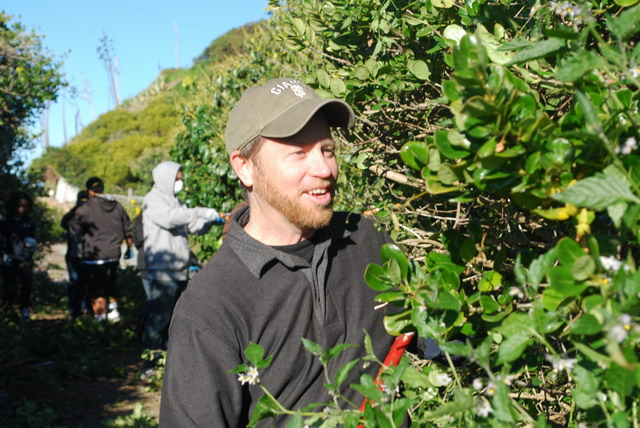 Joining in by cutting back Ivy and Mirror Bush. Photo by Shelagh Fritz 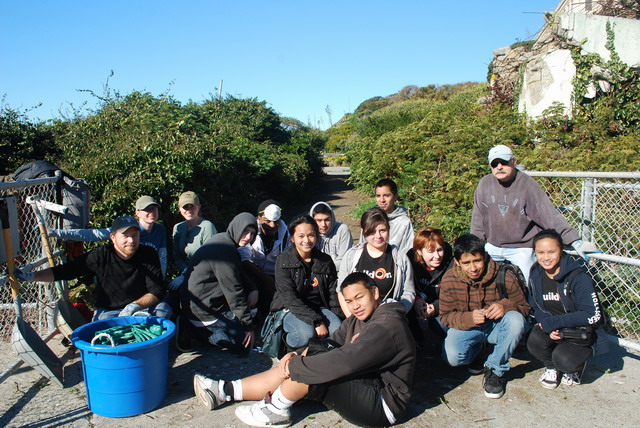 A fulfilling morning with the cleared pathway. Photo by Shelagh Fritz

Thank you for supporting MLK Day and your Park!