Staying the night in a prison is probably one thing that most people would rather do without. But when the prison is Alcatraz, suddenly, the opportunity is much more appealing. The garden volunteers spent the night on the Rock as an appreciation for all their hard work. The group was treated to an evening BBQ on the dock, live music in the hospital, a chance to see a foggy sunset and breakfast the next morning with a view of the city. Not bad for a prison experience. 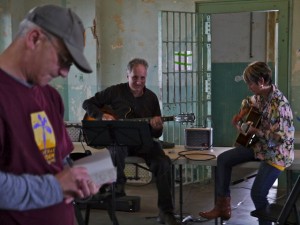 Music in the hospital. Photo by Lynne Buckner.

Volunteers and their guests arrived on afternoon boats and showed their guest around the gardens they help care for. The group was also treated to a performance in the hospital wing while dinner was being prepared by garden volunteer, Beth.

Gathering on the dock for dinner, some arriving visitors for the night program assumed the BBQ was for them as well and joined the line of hungry volunteers. The interlopers were quickly weeded out and sent on their way up the hill to Prison. 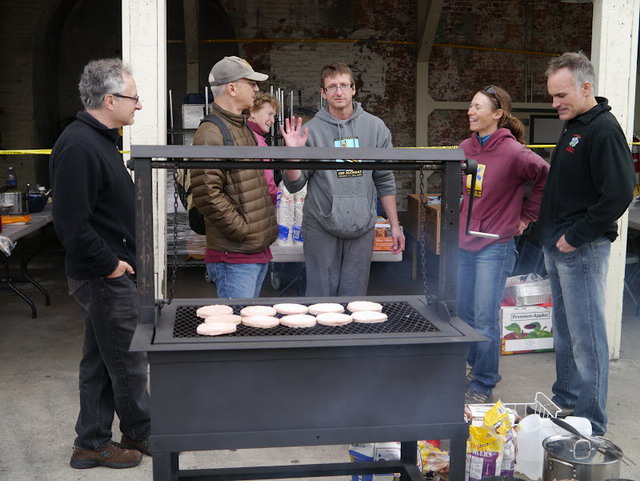 Fine dining on the Rock. Photo by Lynne Buckner.

The fog crept in and swallowed up any chance of seeing a sunset. No one seemed to mind though, as the night tours offered by the Golden Gate National Parks Conservancy night program were fascinating. Island visitors were escorted off the island around 9pm, leaving the island to the gardeners and a ranger.

The race was on to find the best cell to 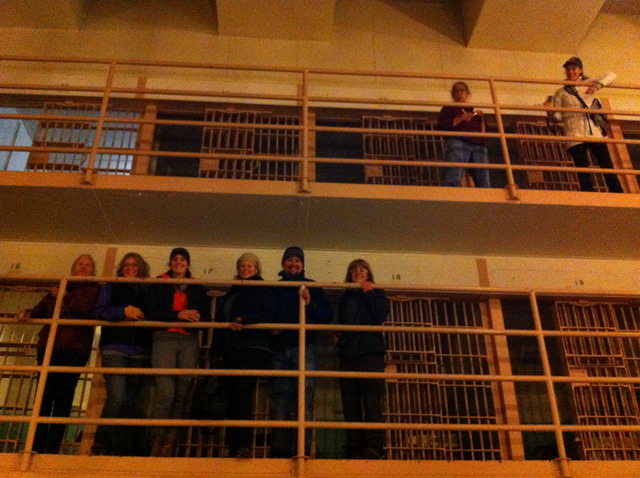 sleep in. Most people chose the tiers of D-Block in the isolation wing, while others preferred the larger cells of the hospital. A couple brave volunteers thought the operation room was ideal. 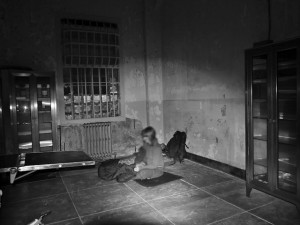 Settling into the Operating Room for the night. Photy courtesy of Lynne Buckner. 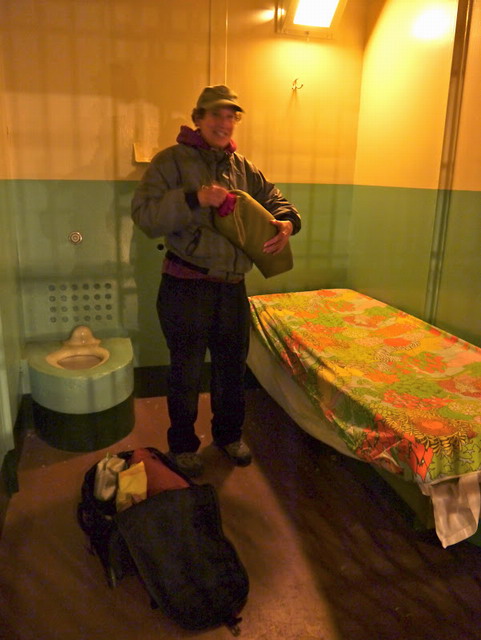 Aside from a few noisy seagulls, everyone slept pretty well. The beds were oddly comfortable and the cells were snug and cozy. There was no sleeping in as we had to be out of the cells before the first boat of visitors arrived the next morning. I’m sure visitors would have been surprised to see people fast asleep!

The fog lifted enough for a lighthouse tour to offer a 360 degree view of the island while breakfast was enjoyed outside of the Administration Offices.

A sad farewell was said to one of volunteers and docents, Kristen, as she was embarking on 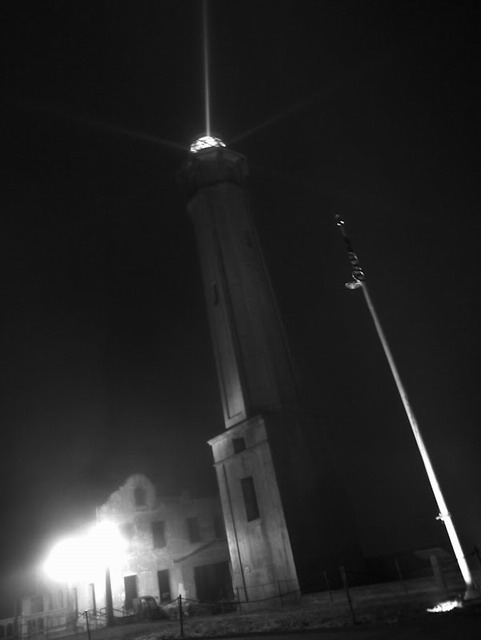 The lighthouse on a foggy night. Photo by Lynne Buckner.

new adventures by moving across the country. As a token, we gave her a pen that was engraved with Alcatraz Prison Regulation #41-Correspondence: “Inmates may correspond only with the approved correspondents. You will refrain from discussing other inmates or institutional affairs. Violent or abusive letters will not be mailed.” Hopefully she knows that everyone on the island is on her approved list.

Thanks to all of the garden volunteers for a fun night and for fantastic gardens!