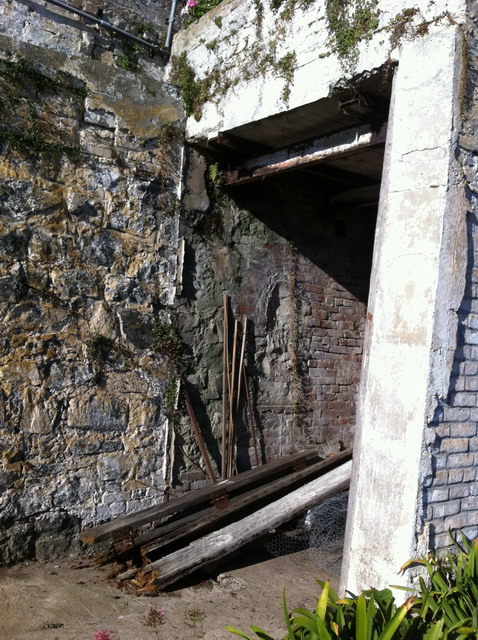 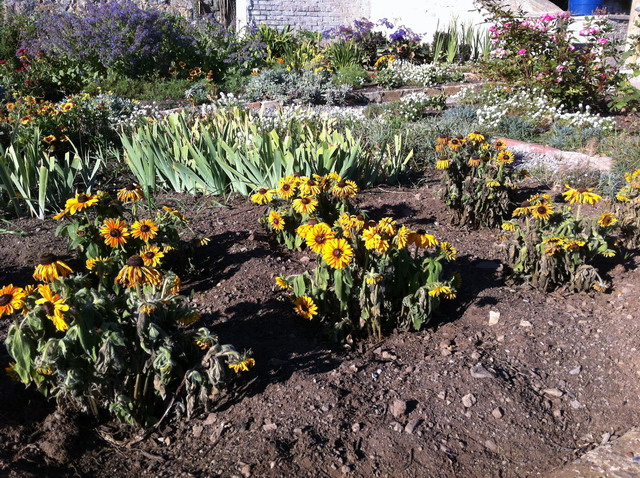 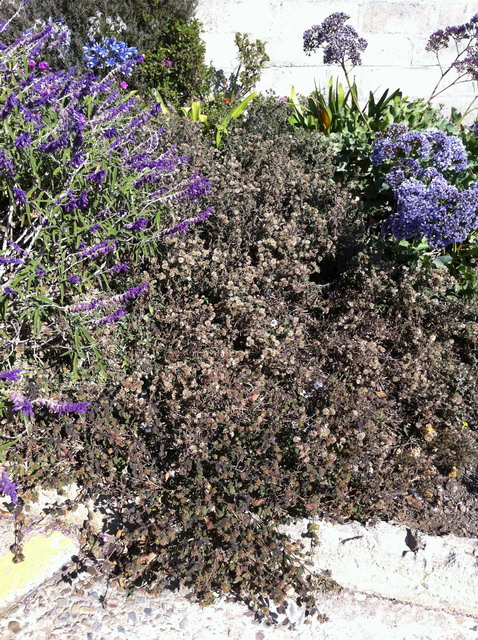 Posted in Gardens of Alcatraz | Comments Off on National Park Shutdowns – how the Gardens were Affected.

Alcatraz garden volunteers have faithfully been monitoring selected native plants on the island since February as part of the California Phenology Project.

The native plants have been scrutinized at least twice a week for growth of leaves, flower buds, open flowers, pollen release, fruits, ripe fruits and seed/fruit drop. For each of these observations, a quantitative estimate is given. Among the native plants that have been closely watched is Coyote brush, Baccharis pilularis.

Plants are fascinating to grow for whatever reasons the gardener finds rewarding – the promise of food, the enjoyment of the flowers, providing habitat, or just for the fun of it. For the phenology watchers, learning each plant secrets has its own rewards that only come after months of observing. The four coyote brush on the island have finally revealed the secret of their sex to us! Alcatraz has two males and two female plants. 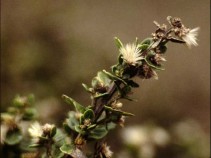 style. Bees or other insects will take pollen from the male and will brush the pollen on the female flowers in their effort to gather nectar. The female flowers are oblong with a narrow opening at the top. Inside, the pollen will land on the stigma and ‘travel’ down the style to the reach the ovary where the seeds will ripen. Once the seeds are ripe, the seeds will be dispersed by the wind carrying the fluffy tufts away. On Alcatraz, there is a lot of wind, so the seeds are dispersed quickly. 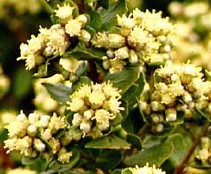 male plants are growing on different sides of the island, and have different flowering times. Maybe after a few years of observations, we can draw more conclusions about why this is. By flowering at different times, the cottony female ‘seeds’ are released and float on the wind to be carried away to reach a distant male. This helps to increase the genetic variation amongst a plant population – a cool evolution trick.

Can you think of other plants that have male and female flowers on separate plants?

Here are a few – holly, gingko, kiwi vines and mulberries. Knowing which plants have separate male and female flowers will help gardeners plan their garden. For instance, if you wish for bright red holly berries, you must plant a female bush, but you will also need a male to fertilize it. Or, you should also take into consideration garden maintenance – a messy female gingko tree will drop the fruit or even the female coyote brush may be too messy for some people’s liking.

At any rate, plants can continue to amaze, just take the time to notice them.

Posted in Gardens of Alcatraz, Plants | Comments Off on It’s a Girl!