The Official Flower of San Francisco

Did you know the Dahlia is the official flower of San Francisco? 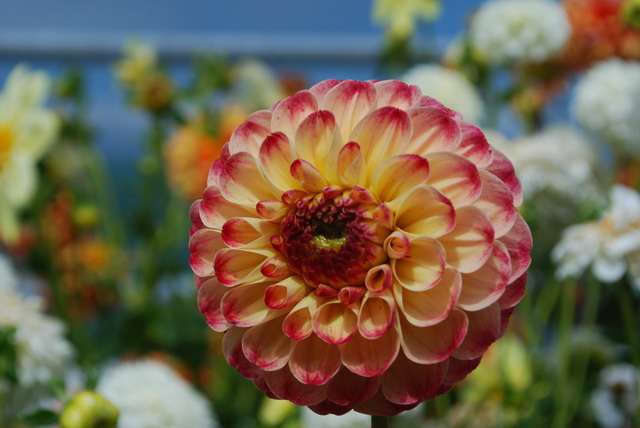 On October 4, 1926, the San Francisco Board of Supervisors took a vote and animously decided that the Dahlia best represented their city.

From the San Francisco Dahlia Society website, the proclamation reads:

“WHEREAS, the Dahlia has reached its highest perfection in and about San Francisco, and because Dahlias originated in San Francisco are grown in gardens all over the world; and

WHEREAS, the Dahlia partakes essentially of the character of our beloved city, in birth, breeding and habit, for it was originally Mexican, carried thence to Spain, to France and England in turn, being changed in the process from a simple daisy-like wild flower to a cosmopolitan beauty. It has come back to San Francisco like the sophisticated world traveler it is, to find its favorite home here, where it thrives in the cool summers and the moist air of our fog-swept, sandy gardens by the sea;

WHEREAS, it is a robust flower, generous and able to thrive in any reasonable soil, so long as it is not too dry, and has the primitive strength of our pioneer ancestors, together with the gayety and color that no other city nor flower can hope to equal, going, like our artists and poets, to carry color and beauty into far climes, but blooming best in our own gardens out of doors in our cool even climates;

WHEREAS, in its versatility, its beauty, its infinite variety of color and form, it is the very symbol of San Francisco life and of the spirit of her people; therefore, be it

RESOLVED, That the Dahlia be and it is here designated the official flower of San Francisco.” 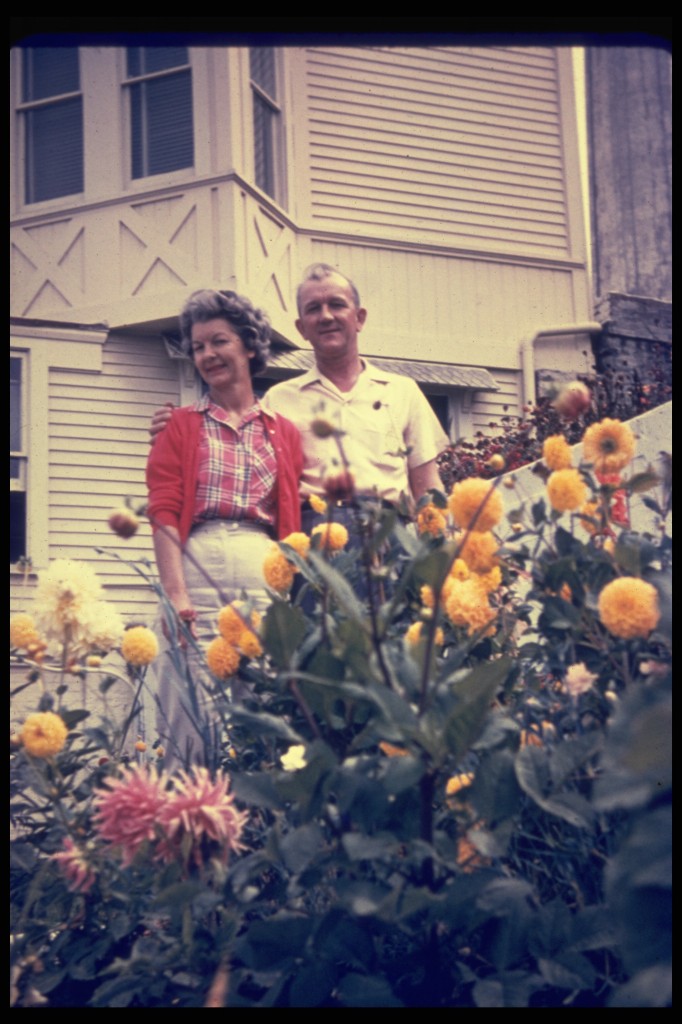 The Medical Officer and his wife, Mrs. Casey, with their dahlias outside of their Officers’ Row home. Photo courtesy of J. Babyak, 1961ca

The reasons the Dahlia was chosen in 1926 still hold true today – San Francisco is still a world-class city – still innovating, has spirit and still has foggy, cool summers.

Since the 1920’s, dahlias have had a dedicated plot near the Conservatory of Flowers and are an attraction for locals and visitors throughout the summer. With dahlias being so popular, perhaps this is why the residents of Alcatraz began to grow them. Our small collection consists of heirlooms from the 1880’s through the 1940s. The flowers are just beginning to bloom – time to take in this history within history on a tiny island.

Posted in Gardens of Alcatraz, History, Plants | Comments Off on The Official Flower of San Francisco