Past garden manager, Carola, is quoted in Alcatraz’s Discovery film as saying the gardening is like ‘garden archeology’. Her words perfectly described the work of clearing vegetation and finding artifacts and landscape features that had lay hidden underneath ivy and blackberries for decades.

Her words are still very true today. The garden crew has been in over their heads clearing ivy from trees and uncovering terrace walls.

Using the Cultural Landscape Report for Alcatraz Island as a guide, permission was granted by the Park Service to clear overgrowth from known garden areas that no one had worked in since the prison closed in 1963. As part of the approval, garden volunteers and staff attended a lecture by National Park Service Archeologists, Leo and Peter. 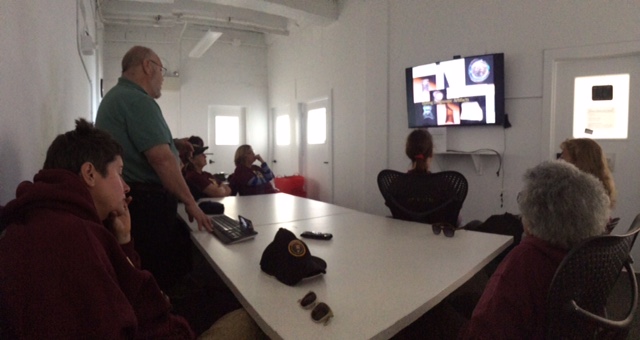 With broad reaching strokes, Leo and Peter described their work across the park. San Francisco has a rich history with native settlements, missions, military history. Every time significant ground disturbance is done in the Park, this duo is on the scene. Some finds are accidents whereas others are known sites of interest. Leo described what to do in case items were found –

-take a photo with a point of reference in the background, not to zoom in on the object but give an easy way to find where the object had been found.

-fill out the paperwork that marks on a map where the object was found, and describe the item and the circumstances under which it was found

A key point was to distinguish between a single item found and a ‘feature’. A feature, as we now know, is considered a group of artifacts. In the case of finding a feature, the objects should be left in place and give Leo a call. 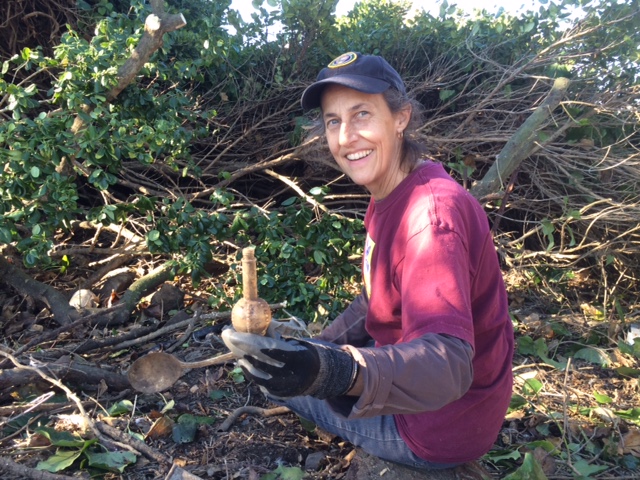 All of the objects found are taken to the Presidio archives where they are cleaned, recorded, and added to the collection. For garden artifacts, Leo has been marking the locations of the items on an overall map. Overtime, the pinpoint locations of objects give a big picture of significant areas, slow archeology in a sense.

Most people think of Alcatraz as only a federal prison, but the island has layers of history that equals the city of San Francisco, where the story of the gardens is woven throughout. Seeing the island through Leo’s eyes was really, well, eye-opening. Landscape features that we always walk by, were given an explanation, or at least a theory that made us all think – ah, that makes sense. For example, many parts of the island had a whitewash over the bricks, stone and concrete. The whitewash façade has fallen away in many areas, but the anchor holes of the façade remain. 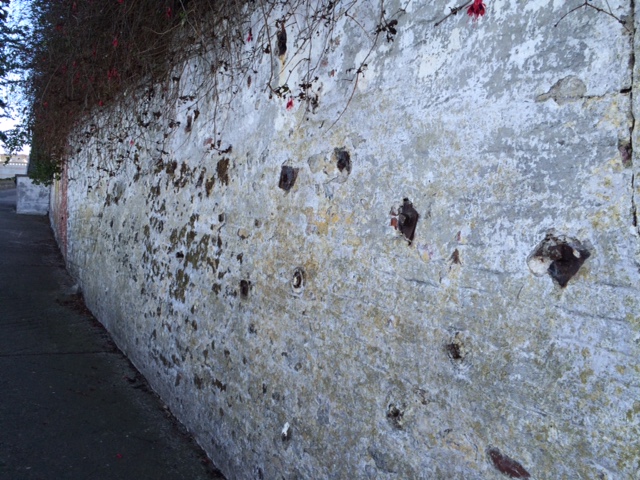 Today, the holes look like planting pockets. We had always wondered about the evenly spaced shallow holes. They obviously weren’t big enough for a large plant with roots, or even to hold moisture during the dry summer. With Leo giving his theory of the holes being the anchor points, the holes suddenly made sense. By chance, the cliff below the Warden’s house is being stabilized with the addition of fake rock being anchored with long bolts – just like was done long ago. 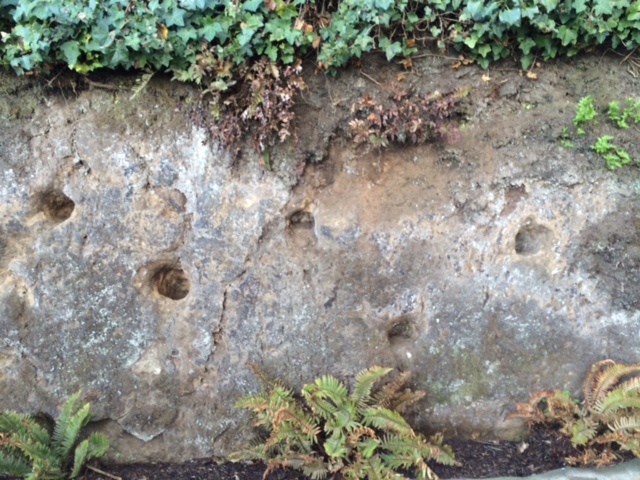 Holes left behind by anchor posts for whitewash? Perhaps… Photo by Shelagh Fritz

One of the coolest objects found was an arrowhead several years ago, and another arrowhead showed up a few months ago. Leo explained that the arrowheads can be dated by using the fact that glass absorbs water at a specific rate for locations.

Other features of the island, are fun to speculate over – the bluestone found on the island is only found in a few locations around the Bay Area, Angel Island and Corte Madera. Not only did significant labour went into gathering the bluestone and hauling it to Alcatraz, but seeing it used for building reflects a known time period and a recycling of building material as well. Leo’s passion was evident as he said ‘some we will never learn but there is meaning in it all’.

Our take away lesson from Leo’s talk was to “overly thoughtful and nerdy about everything you find”. 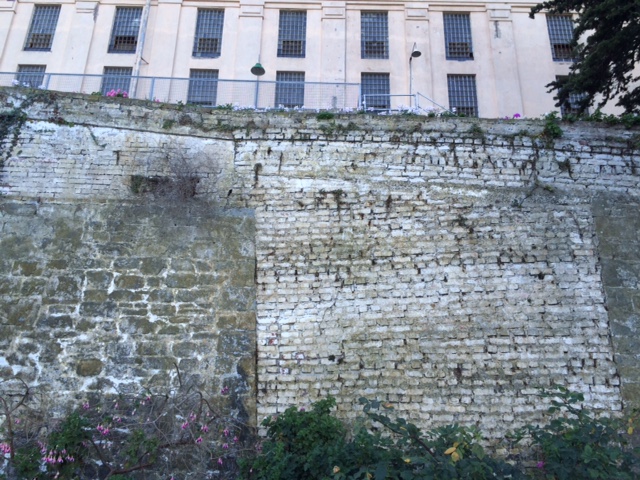 Bluestone and bricks used to create a wall below the main roadway in Officers’ Row. Photo by Shelagh Fritz